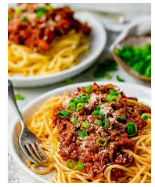 It’s one of the most famous dishes to come out of Italy. However, like Chop Suey or Chicken Tikka Masala it’s not a home grown favourite it’s been made up to cater for a foreign audience. It’s not eaten in Italy, and people from Bologna would wonder what the fuss was about. However, the world has lapped it up. What’s the best recipe to make the perfect Spaghetti Bolognese? To get one, you don’t even need to do it yourself, just go to an Italian Dublin city has to offer like www.forno500.ie/.  Here you can try a great example. However, if you want to have a go yourself then try this. 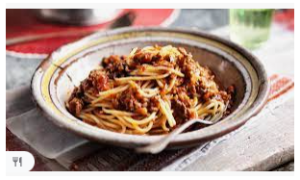 The great thing about Spaghetti Bolognese is that as long as you have the key ingredients of mince (beef and pork mixed is recommended) tomato sauce, garlic,  mushrooms and, of course, spaghetti itself, you’re onto a winner. You can also use soya or meat free mince as an alternative and add plenty of vegetables as well.

The trick is to cook the mince and vegetables first. When they are suitably soft and cooked through, it’s time to add the sauce. The best way is to cook the bolognese mix slowly over a gentle heat so that it doesn’t burn.

The spaghetti should be cooked for about 10 minutes and definitely not broken up into smaller pieces. Instead, as the water is boiling, you need to add the spaghetti and slowly bend it round the pan so that the whole piece is in the water.